In person in Christchurch and via video link to Dunedin, the Hon. Paul Goldsmith, Minister for Tertiary Education, officially opened SIGNAL ICT Graduate School on Tuesday.  The Minister met a range of students, industry representatives, stakeholders and academics from the five SIGNAL partner institutions.

Dr. David Band, Chair of the SIGNAL Board, opened proceedings and welcomed the Minister and assembled guests.  Jack Gordge of Gallaway Cook Allan lawyers (our Dunedin landlord & employer of an Xtend participant) spoke about the importance of SIGNAL to the Dunedin community.  Mark Oliver from MTF, spoke about his journey with SIGNAL Xtend and the impact on their business.  The Minister then officially opened the Grad School talking about the importance of tech to NZ and the continued growth expected from the sector over the coming years.

The Minister also got to spend time with the most recent Shift cohort who talked about their experiences in the programme so far and the studio project they have just started.

The afternoon finished with afternoon tea before the Minister was whisked back to the airport to attend an electorate event in Epsom. 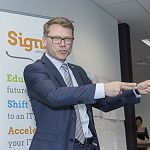 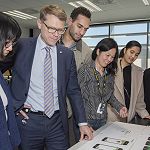 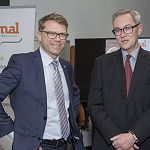 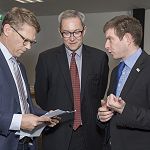 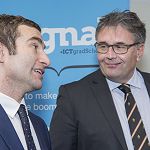 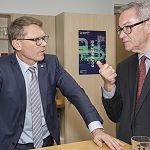 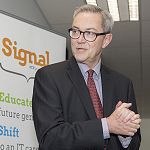 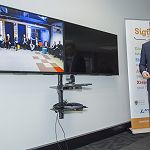 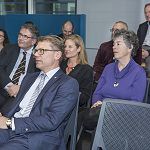 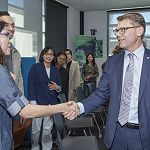 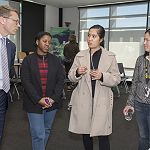 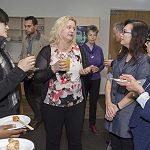 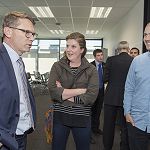