With a very short lead in time, Dr Charters is thrilled to have SIGNAL's doors open before the end of February.

Dr Charters took on the director role in early January, and is looking forward to helping guide the South Island  to a more tech-savvy future.

Dr Charters has been involved with the development of SIGNAL since its inception and, as Head of Informatics and Enabling Technologies at Lincoln University, he is well placed to direct the school.

"SIGNAL is pretty exciting as an entity. Not only is it the first of its kind as a collaboration between the leading tertiary institutions across the South Island in partnership with industry.  But it's also offering up some disruptive innovation in the IT education space, and working in deep partnership with industry. In doing so, this school is a proactive and direct response to the rapid growth in IT roles across all sectors, where thousands of new jobs will be created in the next ten years."

Recently appointed SIGNAL chair Dr David Band says Dr Charters is perfectly placed to lead SIGNAL during its early days, having been a key part of the team that created the SIGNAL programmes.

“From the beginning, Stuart has been involved in the management group and convening the Academic Working Group which developed the SIGNAL academic programmes, alongside the Christchurch and Dunedin ICT sectors,” says Dr Band.

“Stuart is not only deeply knowledgeable about SIGNAL, he is also passionate about the value it can add to South Island business and education.”

Dr Charters studied Computer Science at St Chad’s College, Durham University, graduating with a PhD and working as a post-doctoral researcher. He moved to New Zealand in 2006 to lecture at Lincoln University in the then Applied Computing Group. Most recently Stuart has been Senior Lecturer and Head of Department, Informatics and Enabling Technologies. Stuart has research interests in Evidence-Based Software Engineering, eResearch and Precision Agriculture technologies.

If you'd like to find out more about SIGNAL and its mission, give Stuart a call or even better visit him at the SIGNAL Christchurch site, Level 1, 181 High St. 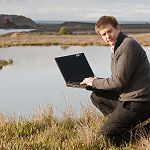 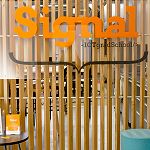