SIGNAL was proud to be part of the inaugural GameJam Aotearoa, an online event offering a fun and informative game creation event for people from any creative or digital sector to 'get involved and see what can be created in just one weekend'!

Over 100 jammers from around NZ registered, and there was a mixture of solo's and groups who pre-registered, as well as individuals who joined a team at the start of the jam. The theme 'Proximity' was revealed at 7pm on the Friday night, and teams spent the next two days (and in some cases nights) designing and developing a game from scratch.

Most groups collaborated via online message and VoIP platform Discord, and the event included a special guest keynote from Celia Hodent - Ex Director of User Experience at Fornite, as well and Expert Q and A sessions from industry professionals including:

By the end of the GameJam, 25 brand new games were uploaded to the jam page to be considered for judging across three categories. Generous prizes up for grabs included asset packs from Synty Store, trophies from Cloudfire Studios and $100 vouchers from Otago Polytechnic.

Best use of Theme: 'Bungee-Go-Boom!'

And with voting open to the public, the winner of the

You can view and play all of the 2020 GameJam Aotearoa games here: https://itch.io/jam/game-jam-aotearoa-2020/entries

A huge thanks to all who took part, contributed advice and Leith Caldwell and Ian Shepherd from Cloudfire Studios who co-ordinated the bulk of the event, including the incredible event videos and behind-the-scenes Discord setup.

SIGNAL also thanks our awesome co-sponsors and supporters: 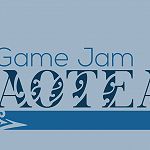